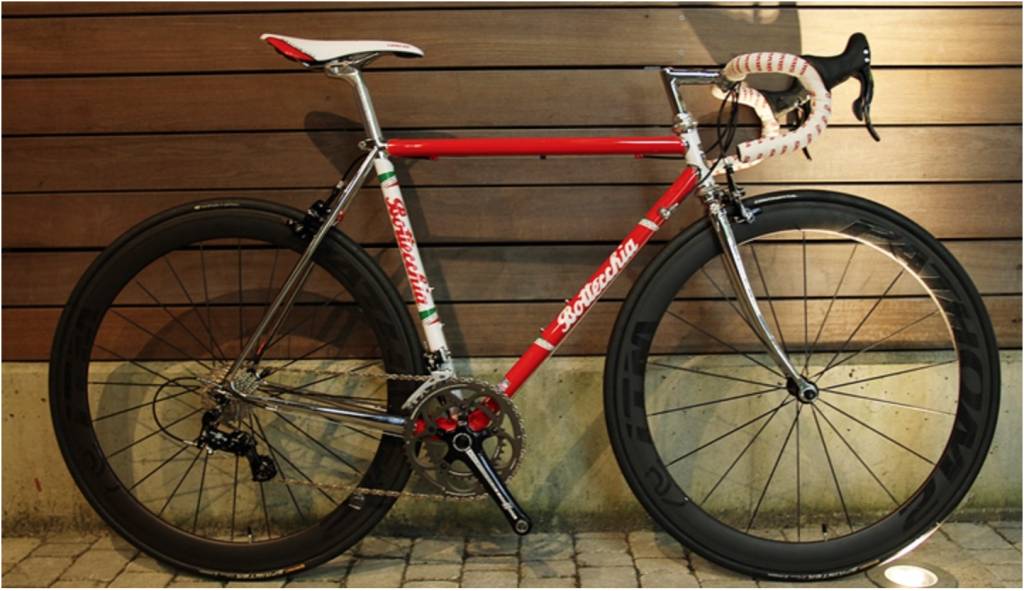 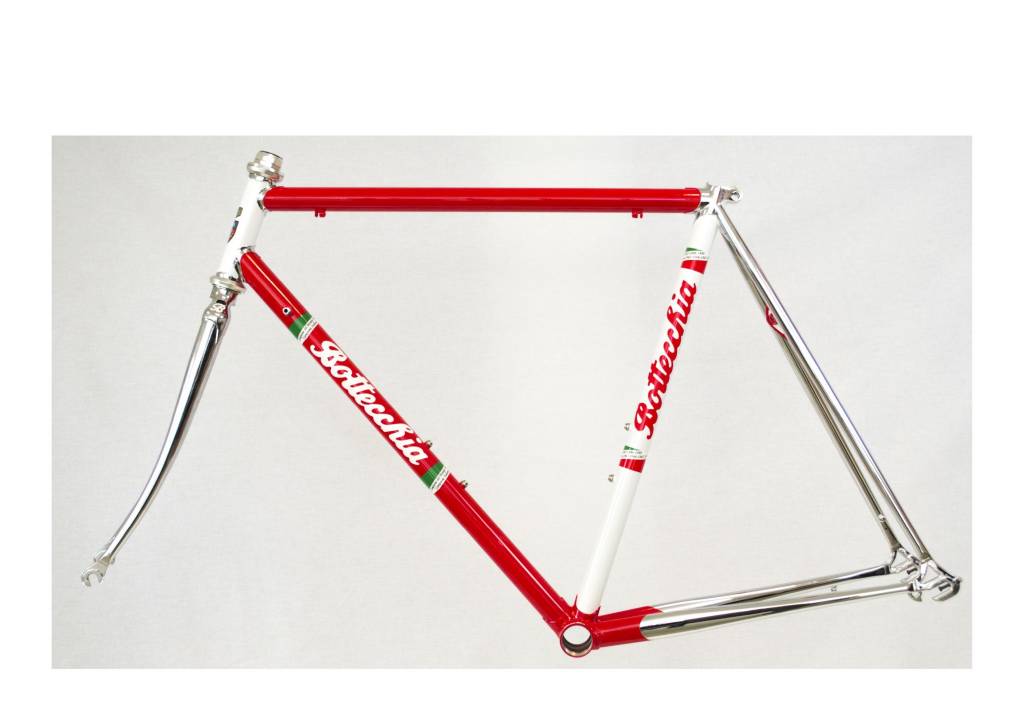 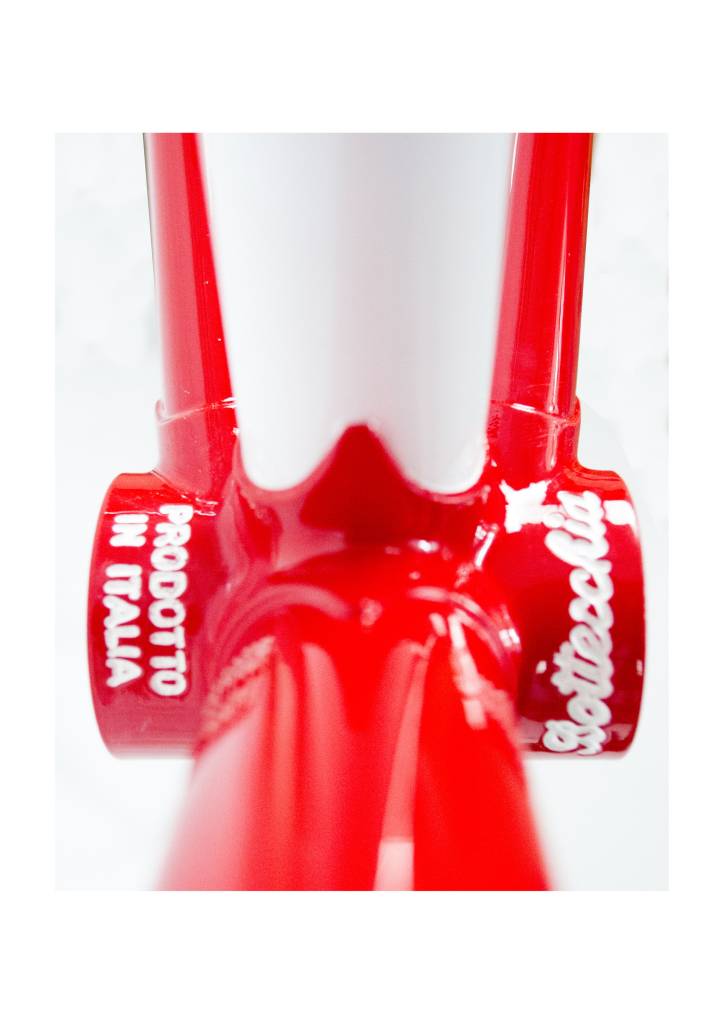 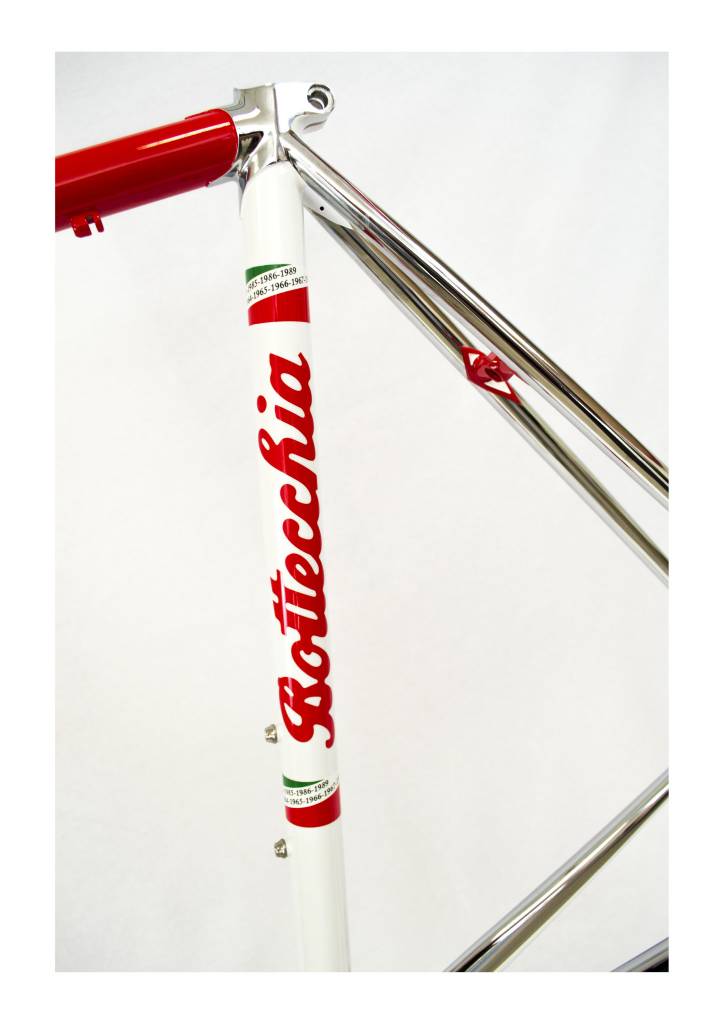 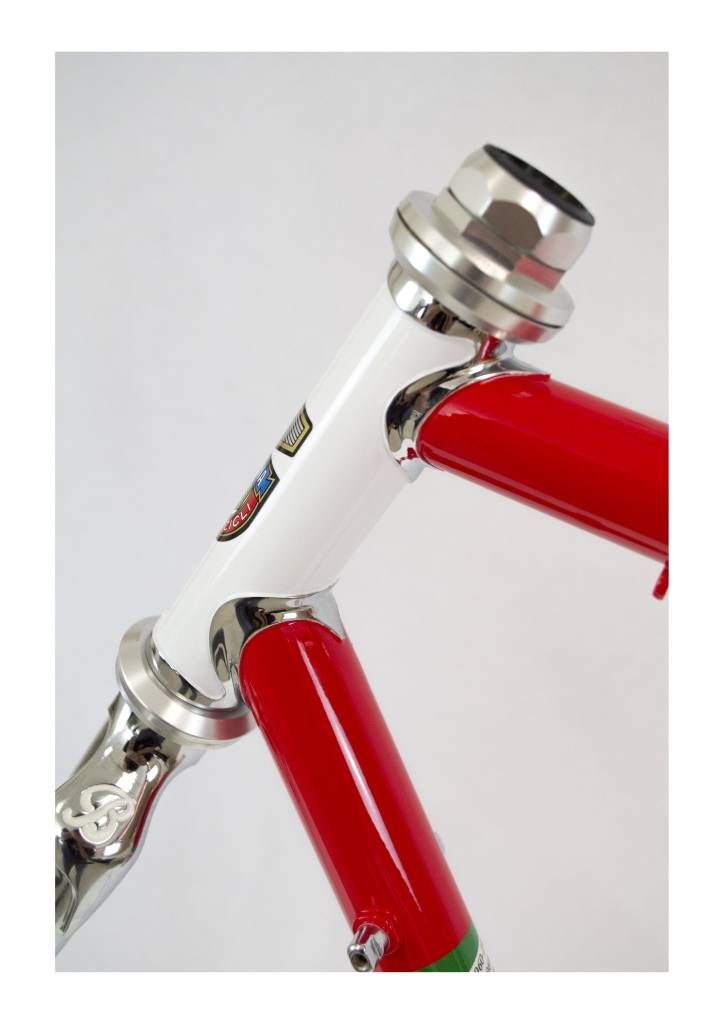 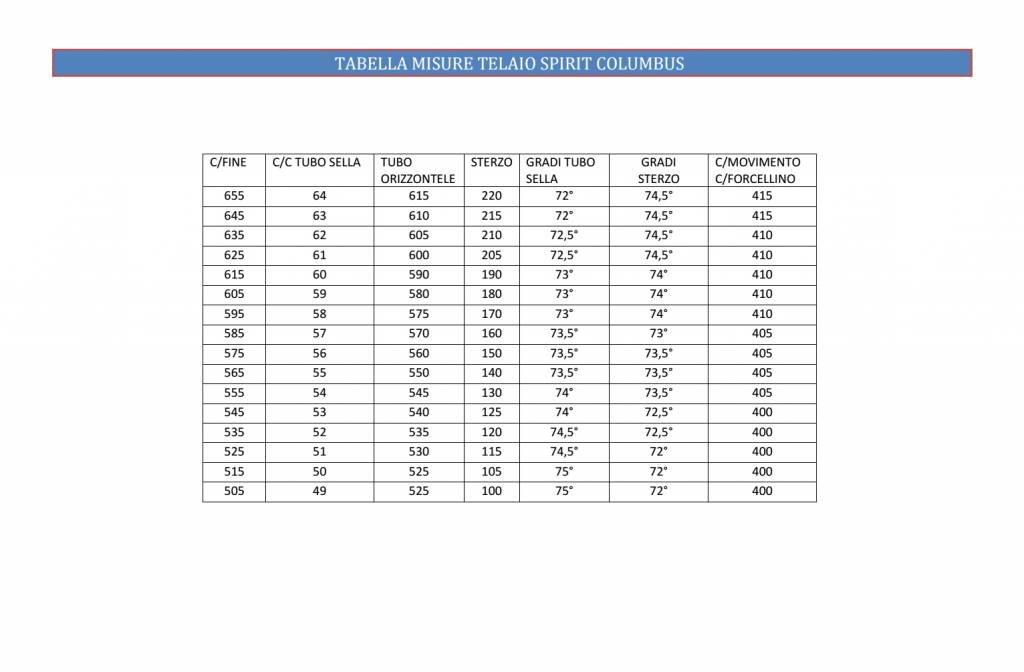 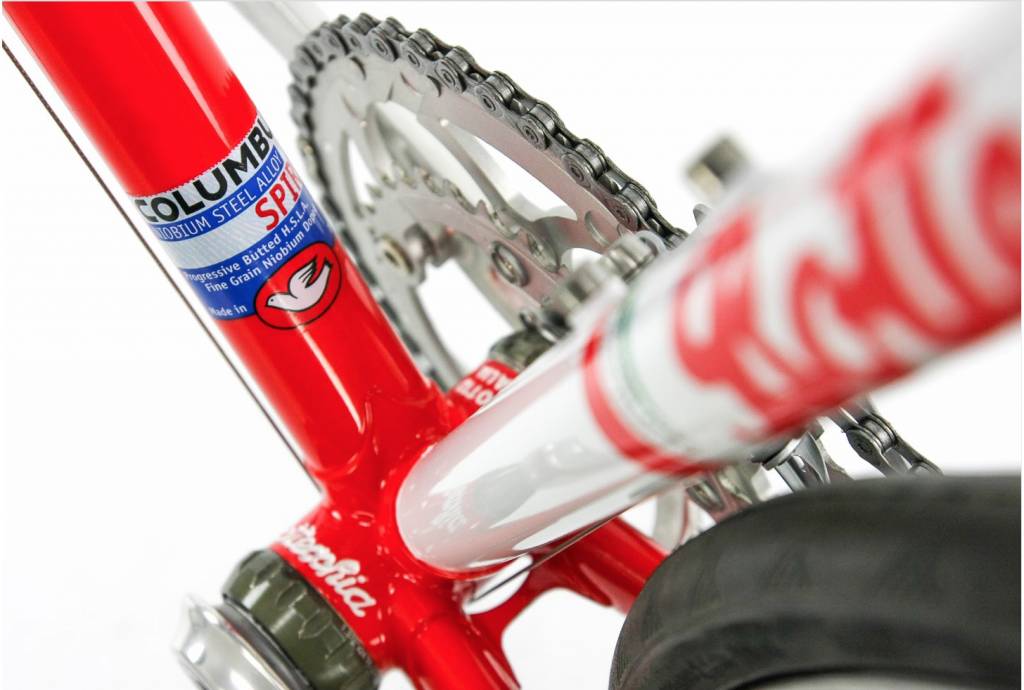 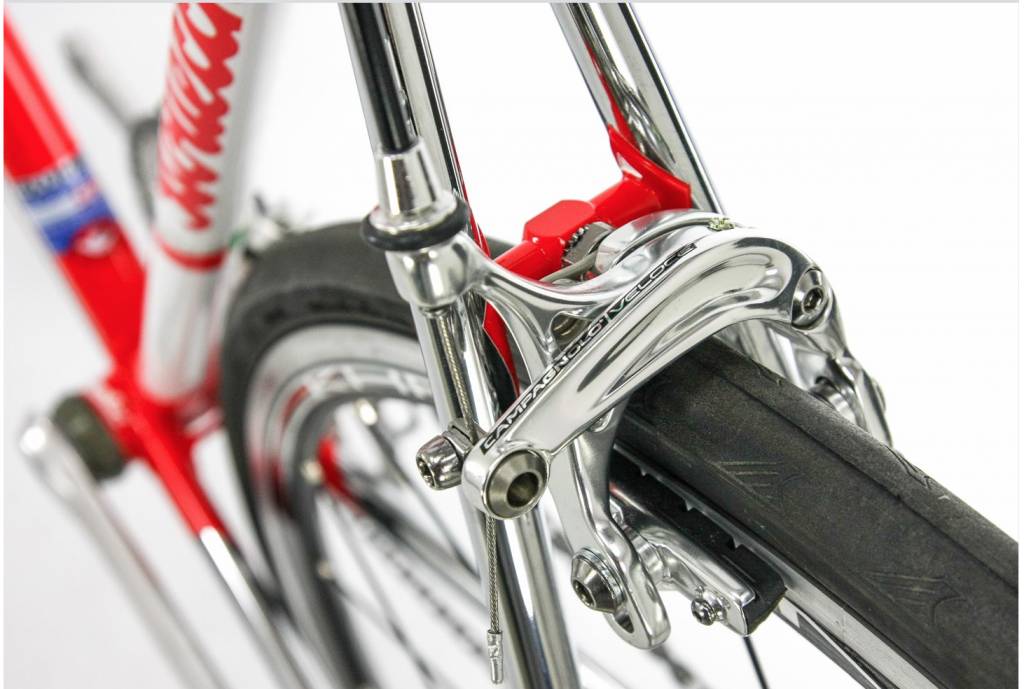 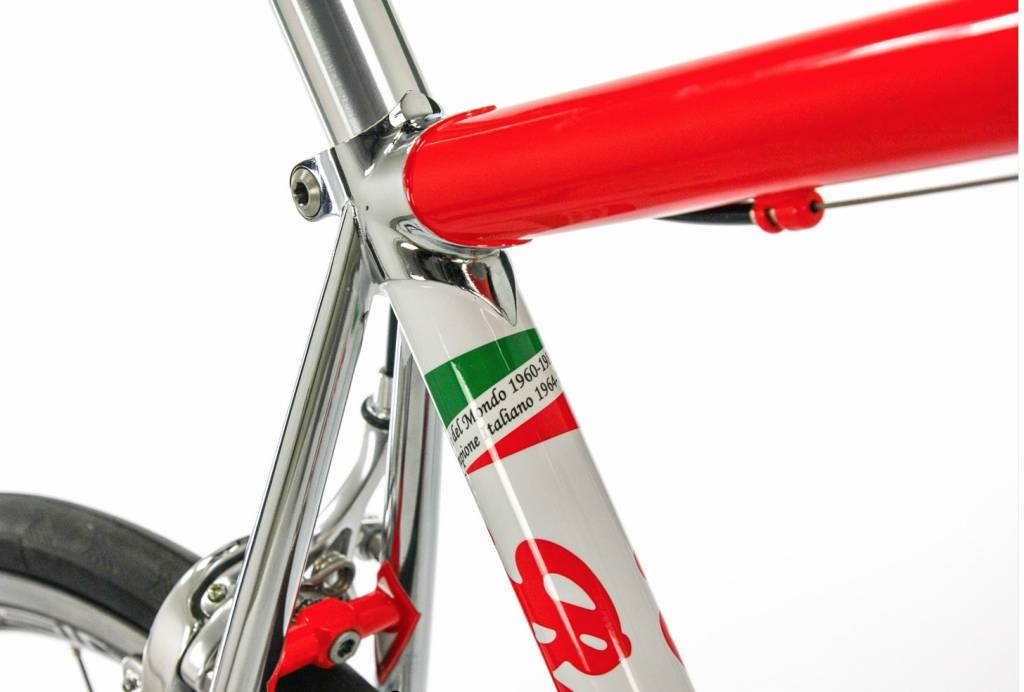 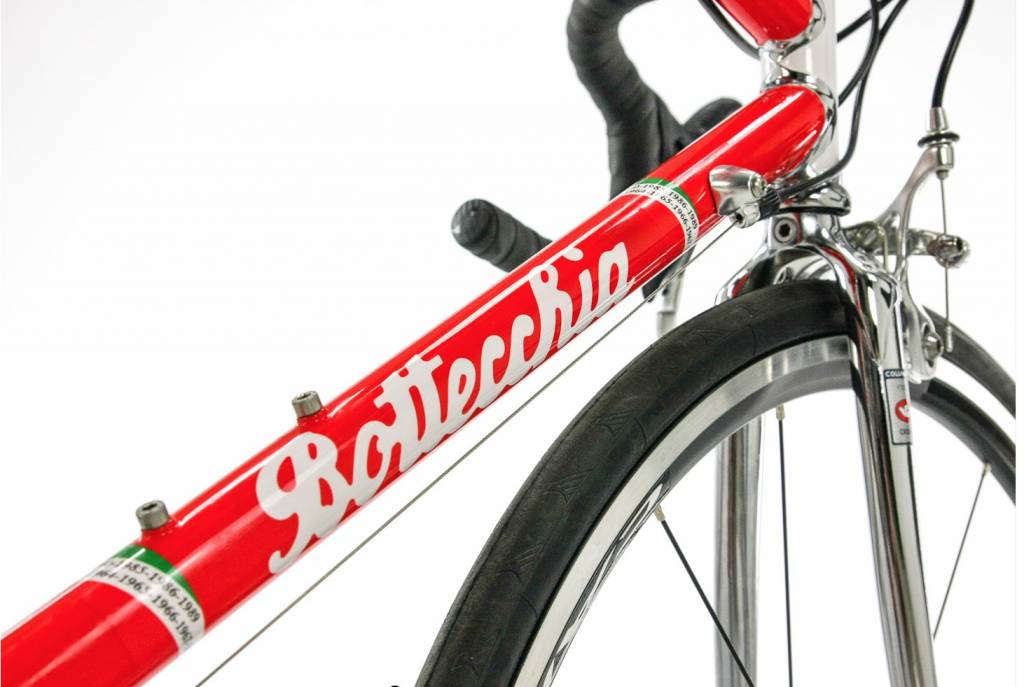 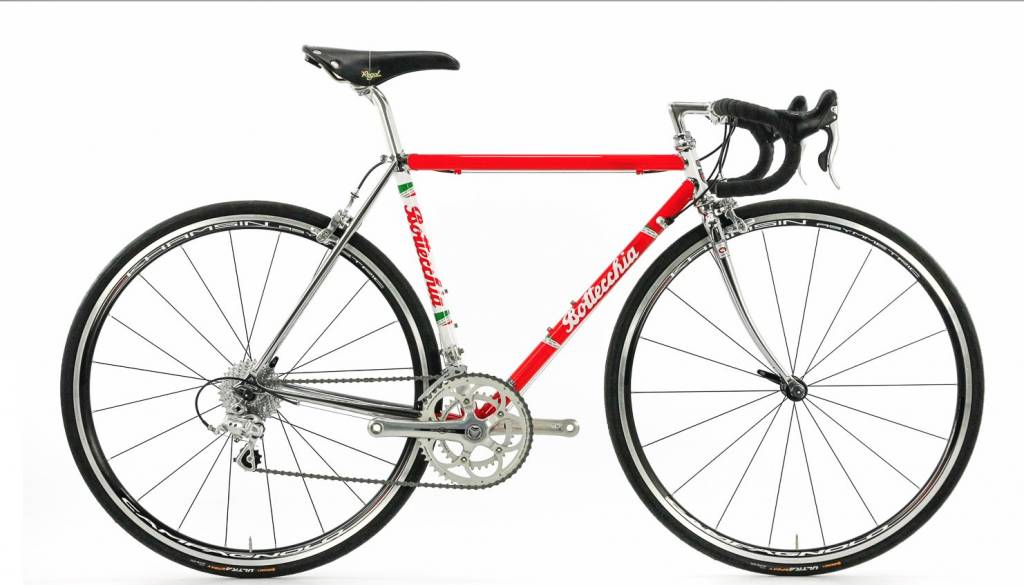 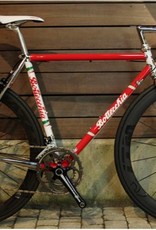 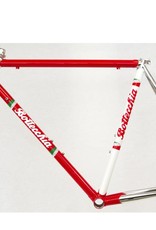 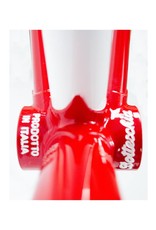 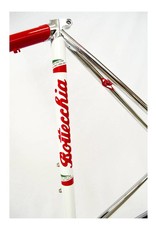 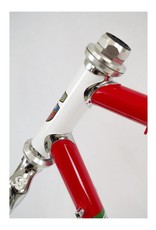 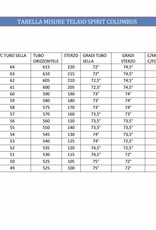 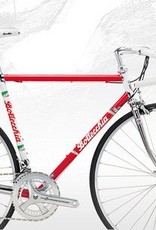 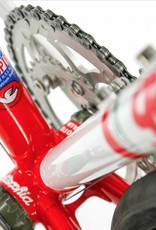 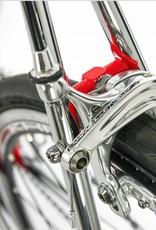 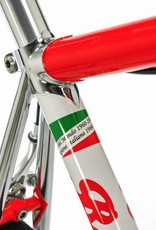 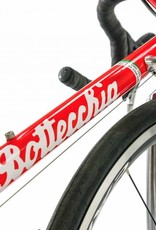 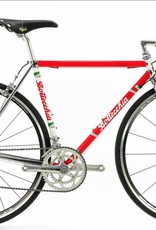 AVAILABLE AS A FRAME OR COMPLETE BIKE CALL FOR OPTIONS

The story of Bottecchia is nearly as old as professional cycling itself. It began as the cyclery of Carnielli and was improved in 1924 by Ottavio Bottecchia, the first Italian Tour de France winner (1924, 1925). After the mysterious death of Bottecchia in 1926, a new company with his name was launched.

The bicycles they produced were world class and carried many champions to victory. Including Gastone Nencini, Gianni Motta, world champion Rudi Altig, Giro winner Giuseppe Saronni and Greg LeMond in the 1989 TdF.

The Bottecchia Leggendaria uses the same standards set by craftsmen of the past. Utilizing similar steel alloys but with modern technological improvements, the triple butted Columbus Spirit tubing is as lightweight as it is reliable. The bike is also hard to miss, with its chromed seat-stays, lugs and Italian color-way paying homage to the greats of the past. This Bottecchia is an instant classic!

The bike is equipped with a Campagnolo Veloce groupset, which with its aluminium parts and 5-arm crankset reminds of the design and material of cycling's heyday. The performance however is brilliant and its handling so convenient that you will fall in love with the combination of modern steel and componentry.

Size for the Bottecchia Leggendaria is the Seat Tube (A) measured from center to center in centimeters. The seat tube from center to top (as we usually measure would be ca. 1.5cm more)